I absolutely love the #failforward campaign started by @medicineinmichigan. When I started this blog I wanted to be as raw and honest with you guys as I can be and what a better way to do this than to share my biggest failures right?! Failures are often looked at so negatively but I promise you everyone fails, even the most successful people. Social media tends to only highlight the absolute best versions of peoples lives: the best part of their day, the best selfie they took, but that isn’t real life. Real life has struggles and they are beautiful as well and need to be highlighted more often.

Here are my top 4 failures to date and how they have impacted my life:

1. For two years in high school I failed exams and passed by with C’s, just so I could go on to the next year. I dealt with constant migraines, but honestly on the days I didn’t have migraines I still didn’t go to school. I had so much anxiety and depression over missing so many classes and the time that other kids didn’t. Because of this I know very little history (I think I made it to 2 weeks of advance history classes my junior year), English classes were bad, everything was bad. Somehow the only thing I retained was my love for science. It wasn’t until the migraines stopped and I chose to switch high schools my senior year that I got it together. Even to this day I still see the shortcomings of missing all of that school, but it is something I will continue to work on each day.

Oddly enough, this is actually the experience that first got me interested in pursuing pharmacy school. I had to have several scans done on my brain because my father had a benign brain tumor which they needed to rule out for me. My pediatrician kept upping my dose of anti-depressants to try to control my anxiety, but I was only anxious because I was missing so much school. I was on 50mg of Zoloft three times a day, I experienced tremors in my hands and at night often experienced heart burn so badly that I would bawl my eyes out from the pain. They gave me Compazine which at the time I thought would help my migraine pain. Now I know it was only meant to control the nausea sometimes associated with migraines. I had to take weeks worth of prednisone at points to break a migraine. No one told me it would make me gain weight. I felt so hopeless during this time. No one had any idea why I was having so many migraines and I was experiencing such debilitating side effects from a treatment that in my eyes now was not appropriate at all. I finally saw a neurologist who was stunned at the medicines I was on and tapered me off for good. Luckily I haven’t experienced recurrent migraines like that again but if I do I now have the knowledge and ability to make sure I am being treated appropriately. One of my goals as a pharmacist is to be able to help patients understand their medications, mitigate their side effects and make sure their therapy is the best it can be and hopefully prevent a similar situation from happening to a patient.

2. I got accepted to all the colleges I applied to BUT not their pharmacy programs. MCPHS was the only PharmD program I actually got into to. With the migraines my GPA had dropped, I also wasn’t involved in any organizations apart from sports. I know I wasn’t among the strongest candidates applying to pharmacy schools. At the time I was so happy that I never really thought about not getting into other programs until people started to ask me. Everything happens for a reason though and you only need one program to believe in you to make your dreams come true. So many amazing things have happened to me at MCPHS, I was meant to come here and I honestly wouldn’t change a thing.

3. I started looking for a hospital job the summer before my first professional year. I applied to a bunch of places and didn’t get anything. I decided to apply to CVS even though I didn’t really see myself in retail. I thought a job was better than nothing. I worked for the company a little over a year and a half before I left. Without getting into too much detail I left because I didn’t feel like I was learning anything new. I wasn’t in an environment that promoted learning, I was constantly being asked why I was so involved or why I studied so much. I was in my P2 year which is the most academically rigorous at my school. On top of that I was keeping up with organizations and staying involved which I felt were benefiting me so much more. At the end of the day I chose to put myself first and leave something that was no longer serving me in the hopes that I would have more time to be involved, more time to nurture myself and that I would find a hospital internship soon. I continued to apply to hospital internship postings, I tried to pull on any contacts I had and still nothing worked out, not even a call back. Last spring I applied to Yale’s posting for pharmacy interns and guess what I actually got a call from them. I went there midweek and did a two part interview. Finally I got an interview after all the jobs I had applied to and guess what, I didn’t get the job. Yale turning me down for an internship was probably one of the worst things pharmacy wise that has happened to me. I was devastated. But I think the lesson is that no matter how much one thing may suck it will never be the end. I am proud and excited to say I was accepted to Yale New Haven Hospital’s longitudinal rotation this coming year for APPEs. I get to do four out of my six rotations including general surgery and critical care (MICU,CICU,CTICU,SICU,NICU) there, how cool is that?! There is always going to be another opportunity around the corner even if it wasn’t the one you had planned for you. Not to say that I still don’t struggle with why I never got a hospital internship and so many of my classmates did, because I do. Especially when I think of future residencies or jobs post graduation, I wonder how much not having that extra experience will hurt me. But at the end of the day I know my strengths and the passion I bring to pharmacy and I will not let this set me back.

4. Standing up for myself is something I am constantly working on. I do not want to be known as cute or pretty or called a little girl. I think this is so demeaning as a women, but often times when this happens I don’t stick up for myself. I want to be recognized as a strong and intelligent women in the medical field. Being called cute or pretty tries to suggest that those attributes are all I have to offer. I’ve been told so many disrespectful things before that I wish I had stood up to. I’ve been told I am stupid and I don’t do enough or I don’t work hard enough (as if lol) or I’ve been told “I am one of those people” and that I do too much. You know what this makes me realize? It makes me realize, f**k what anyone else thinks about what you’re doing. You can’t please everyone and you shouldn’t try to either. Stay true to yourself, stay with your hustle and demand respect from others because guess what this “pretty” girl over here is a boss.

Thank you for reading and allowing me to have a platform that I can share my life on. I hope that some of these things resonate with you and are motivating for those of you struggling with similar issues. Please comment and let me know your experiences with failure, I love this movement and I want to keep the ball rolling!

Welcome to The Luxe Pharmacist! My name is Madeline. I am a Clinical Pharmacist with a flair for style, wellness, and all things beauty. Here you will find my favorite things and places, as well as more of my life as a woman in pharmacy. I believe there is always room for a little luxe in your life, so go ahead and dive in! Thank you for visiting my blog, cheers to living a luxe life babes!

This site uses Akismet to reduce spam. Learn how your comment data is processed.

Wishing I was soaking up the sunshine with my spic

What a wild ride these past couple of weeks + so m

What are you searching for? 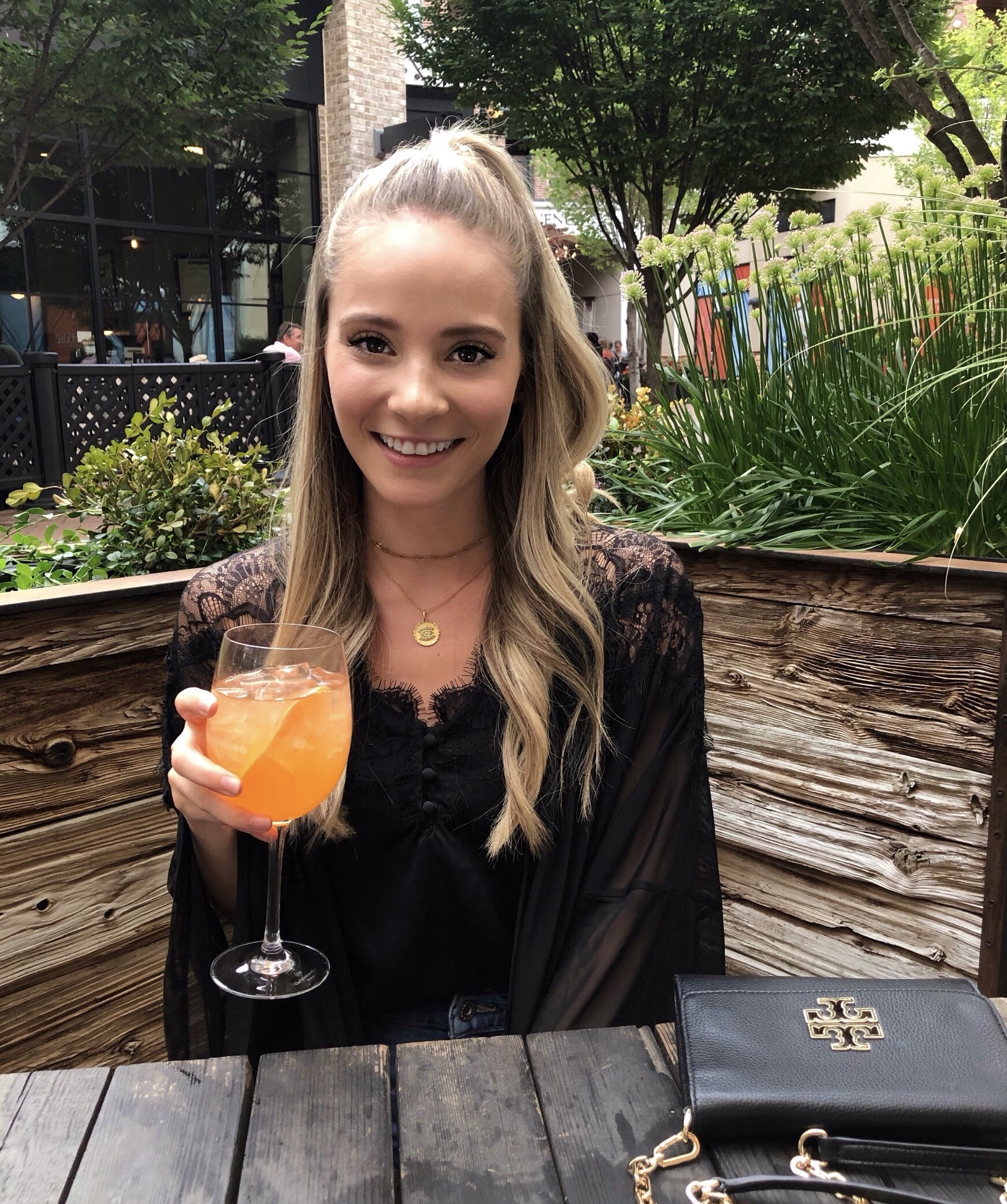